Hosting a joint party for kids 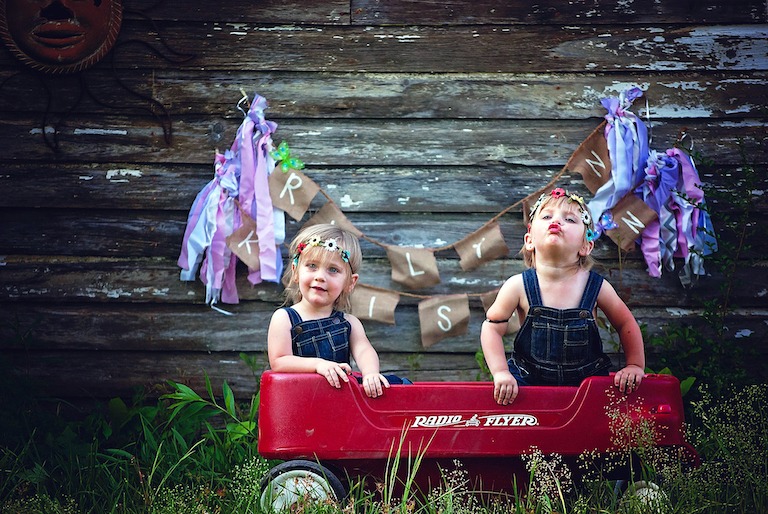 Hosting a joint kid’s birthday party? Here are some ideas to get you started!

As the name suggests, a joint kid’s party is a single birthday party or event for two (or more) children.

It’s a common solution for when two siblings are born a couple of weeks apart. But it can be also be done with classmates and other friends.

Let’s get started with some planning tips and ideas for a joint kid’s birthday party!

When to host a joint party?

The first thing to establish is whether or not you should host a joint party in the first place. Here are a few things you should consider:

Do the kids get along?

The single most important factor is whether or not the kids get along? If they don’t it’s a no-go.

Keep in mind that the two kids might get along fine when alone. However, dynamics change when in a group.

Therefore make sure the kids also get along when surrounded by their friends.

Do the parents get along?

As silly as it sounds, this is something worth considering. Planning a joint party with parents with whom you have affinity will be a lot easier.

You also need to be prepared to make compromises.  With joint planning, naturally, some things won’t be as you envisioned them.

Lastly, you’ll also want to make sure you’re on the same page budget-wise (we’ll talk more about budgets later on).

Are the kids roughly the same age?

Joint parties generally work best when the kids are roughly the same age. 2 years can be a big gap for young kids.

It’s not impossible. Just expect the different groups to do different things.

Are the kids’ birthdays roughly at the same time?

For it to feel special, the birthdays of the two (or more) kids should be roughly around the same time.

Otherwise, there is a chance they’ll feel like it’s not “reaaaaally” their birthday… which implies planning another party closer to the actual date.

Did the kids ask for a joint party?

This is an obvious one. But if the kids requested a joint party, why not plan one?

Pros and cons of hosting a joint party

At PartyWizz, we feel that, as long as the kids are happy with the idea, the benefits of a joint party far outweigh the downsides.

Unless you’re planning a party for siblings, you’re automatically increasing the number of adults who’ll be available to help.

Having more helping hands on the day will make everyone feel more relaxed.

You still have a party to plan… But compared to planning two separate parties, it’s a lot less work.

If you’re on a shoestring budget, planning a joint party is the way to go. It’s a great way to share the costs without compromising on the fun.

A by-product of it being cheaper is that you can host a bigger party or spend more on entertainment.

One thing you need to be careful with is to make sure the birthday kids don’t feel left out at their own party.

Even though they’re sharing a party, it should still feel like their “special day”.

This tends to be more of an issue for sibling parties where jealousy is more common/normal.

By organising a shared party, you’re naturally bringing together groups of kids who might not usually play together.

It’s impossible to know how well they’ll get on and whether or not playing together will be conflict inducing.

When planning a kid’s party, we always recommend that parents focus on the basics. The rest will sort itself out.

If you’re planning the party with another family, you’ll want to define a budget.

It doesn’t have to be precise but it should be a ballpark of what you’re willing to spend.

For splitting the actual bills, we usually recommend using a bill splitting app. Each parent can pay for their guests and split the mutual guests 50/50.

Next, you’ll want to decide what the party theme is going to be. And by extension, what type of activities you’ll be doing.

If you’re looking for some inspiration, we’ve previously published articles about kid’s party themes as well as kid’s party ideas.

This is the first decision which involves all of the parties (i.e all the parents and the birthday kids)… which can make it harder.

If you can’t decide, go for something neutral which can be easily tailored to any activity (for example a princess party for girls or a magician for mixed genders).

Each birthday child will naturally invite his or her friends.

But they might also have mutual friends they wish to invite. For example their classmates.

For that reason, joint parties tend to be a bit bigger than regular parties. However, that doesn’t need to be the case.

5 or 6 guests each might be plenty. It’s up to you, how much space you have and how big a party you’re willing to host.

The guest list will also depend on the age of the birthday kids. As a rule of thumb, the younger the kids the fewer they should invite.

Pro-tip: Each parent should manage their own invitations/RSVPs. It will make everyone’s life easier.

Where you host the party will depend on the amount of space you have available. It’s no different than a normal party.

The three most common options to consider are:

Of the three options, the kid’s party venues are usually the most expensive. But, they also require less planning.

Generally, you’ll want to do all the activities as one group. Especially if the birthday kids have a lot of mutual friends.

If you’re looking for some ideas, you can check out our article on traditional party games.

If you have activities that require teams, you’ll want to mix up the guests to make sure the kids, who don’t know anyone, aren’t left out.

However, if the age gap between the two groups is significant (for example siblings aged 5 and 7) you might want to plan some activities separately.

Once again, if you’re planning on booking entertainment, we feel that unless there is a big age gap you’ll want everyone to join in at the same time.

If you do have an age gap, you can create two groups and have them play in turn.

For example, if you’re booking a bouncy castle, you can have the younger group go first, and then the older one goes next.

Alternatively, you can book entertainment that’s suitable for both age groups. For example a magic show.

We recommend having one cake for each birthday child. This will go a long way to make it feel like their own birthday.

The same goes for singing happy birthday. Twice (or however many birthday kids there are) is better than once.

Try to inform the other parents that they only need to bring a present to the kid who invited them. Especially if their child doesn’t know the other birthday kid.

If you don’t want to mention gifts directly, simply create separate (non-joint party) invitations. That way they’ll naturally bring a present to the kid that invited them.

The only kids who will bring two presents are the ones who are friends with both.

When it comes to opening the presents, if possible, separate the kids into groups based on who invited them. In addition to making the moment more special, it will speed up the process.

However, if the kids have a lot of mutual friends, this won’t be possible.

Note: It’s worth talking with the other organising parents to see how they usually handle gifts. Different families do it differently.

On the day, the key is to have fun. Compared to a non-joint party, here are a few things you might want to consider:

Get the kids to introduce themselves early on in the party. Especially if there are non-mutual friends. It will help break the ice.

If you have shy kids, you might want to start the party with a group game. That way you’re sure everyone gets included in the fun.

Clearly define what’s out of bounds. This is especially important if you’re hosting the party at home.

For example, the living room might be out of bounds. Just make sure the kids are aware of that from the start.

After the party, split the cleaning with the other parents. This is when you’ll be extra grateful for the additional hands!

If you’re in a function room you can book a cleaner for this. It’s up to you.

Don’t try and settle the accounts during the party, wait until afterwards but do try and get it done as soon as possible.

With bill-splitting apps, it’s now extremely easy to do.

Hopefully, this article has given you some ideas for planning a joint birthday party.

We pride ourselves in working with the best entertainers in each category – magicians, face painters, balloon modelers, princess parties, arts and crafts, and many more.

If you’re based in Ireland and you’re interested in hiring a kid’s entertainer you can place the booking directly through PartyWizz.

The Ulitmate Guide to Packing a Children’s Activity Pack