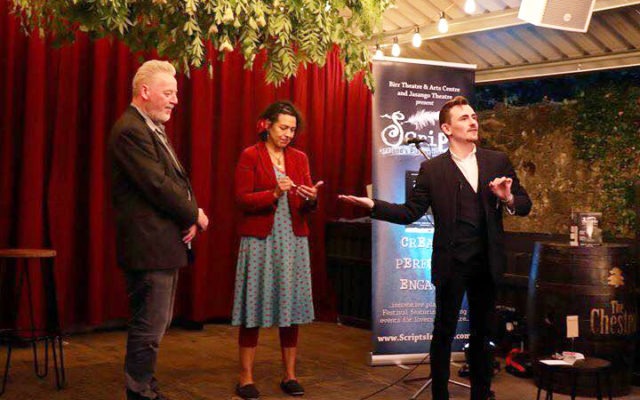 “Out loud please, I’m not a Mindreader” –  Derren Brown

What is a mentalist?

For about 10 years, I have regularly been asked “What exactly is a Mentalist?” While we intuitively know what a magician is defining what a mentalist is can be a bit trickier.

The very first definition that I came across was featured as part of the title card for the excellent CBS Crime Procedural Show “The Mentalist”.

It stated that a Mentalist was “someone who uses mental acuity, hypnosis and/or suggestion” – and to be perfectly honest with you, this is possibly my favourite definition.

Mentalism, or “Mindreading”, is the performance of magic of the mind. Performers, like me, demonstrate highly developed mental skills, or appear to demonstrate telepathy, clairvoyance, precognition and “mind control”.

We blend genuine psychology, mental feats and suggestion with magic techniques to mesmerize our audiences.

Much of what you’ll see any modern day Mentalist perform is deeply rooted in the “tests” of supernatural abilities conducted by mediums, psychics and spiritualists during the Victorian era.

For years these people were invited to hold parlour performances in the homes of wealthy families, displaying their skills as true psychic phenomena. It wasn’t until sceptical members of the groups started disrupting these acts that many of them were found to be fraudulent.

While it’s rare nowadays for any entertainer to “contact the dead”, like these 19th century charlatans, many performers have updated the presentations making them meaningful for the 21st century and improved the techniques at play making them even more deceiving.

The presentation styles of these performers vary massively. Traditionally, Mentalists (such as Theodore Annemann) would present their acts as demonstrations of real psychic ability in homage to what came before.

However, in recent times Derren Brown and Keith Barry have been much more open to how they are divining the information at play. For years, Derren Brown stated that he mixes magic, suggestion, psychology, misdirection and showmanship – which is about as honest as a deceiver can be.

There has been some debate within the Mentalism community as to whether practitioners should be open with their audiences as to whether they are real or not.

For this reason it is rare to see a mentalist perform “standard magic tricks”. However, the most influential Mentalist of all time, David Berglas regularly performed both, believing that it is better to leave it up to the audience to decide what’s real and what is just trickery.

Mentalism is unique opportunity to connect with people

As a Mentalist, or “Mindreader”, I love the fact that every time that I perform, I make a meaningful connection with my audience. And that’s what drew me to mentalism in the first place.

I regularly reveal information that is personal to my participants such as their best friend’s name, childhood memories that they haven’t thought about in years, their birthdays and the lock code to their phone.

This is because these are personal pieces of information that tell me a lot about who I’m performing for, and it therefore makes the performance that much more special.

Described as Ireland’s own Sherlock Holmes, Oisin performs a very unique style of mentalism (or mindreading).

If you’re obsessed with shows like Sherlock, Mindhunter, Elementary or the Mentalist, you’ll adore Oisin Foley!

You can view all of his shows and packages on his PartyWizz profile page.

Tips for Hiring a Great Caricaturist

Photo Booths: Which One is Right for You?