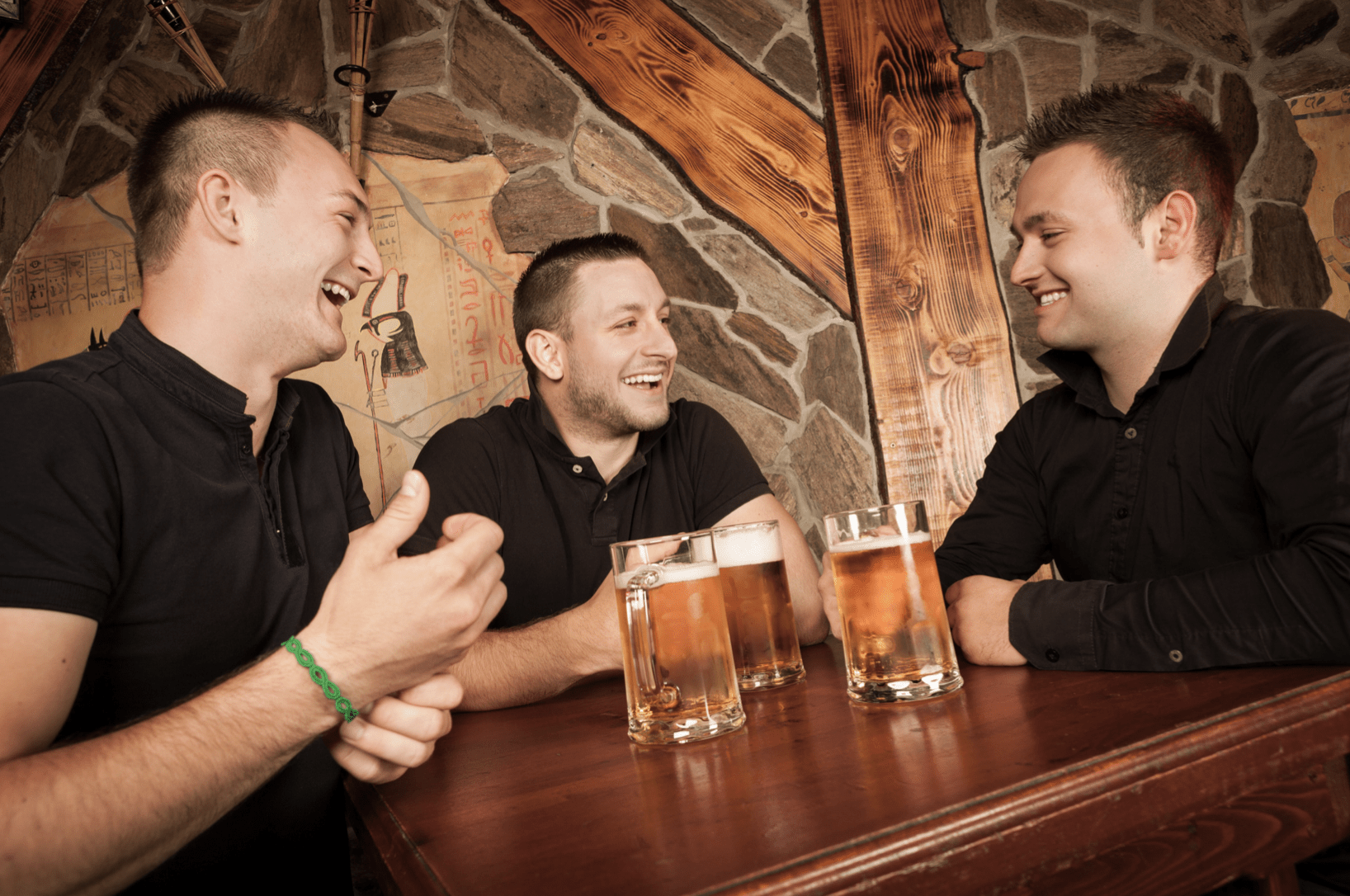 Being the best man at your friend or relative’s wedding is a huge privilege, and doubtless you’re feeling proud and chuffed that they’ve asked you to support them.  After a while though, it’s probably beginning to sink in that you have a lot of responsibilities, not least of which is organising the stag do.

With your reputation on the line, you’ll want to plan something that the groom and his mates will remember as one of the best nights (or weekends) of their life.

To help you, we’ve put together a list of stag party ideas that are sure to impress the groom and his bosom buddies.  Whether you’re planning a weekend away, a party in your local pub or something sportier, we’ve got you covered.

Ok, so you might be thinking that this is not the best idea, lest the groom, in a moment of alcohol-induced euphoria, is tempted to gamble away the contents of his new joint account.   However, with a fun casino, you can enjoy all the glitz and glamour of the Vegas Strip, including full size gaming tables and professional croupiers, without any of the risks as ‘fun money’ is supplied.  www.fun.casino operate across the UK mainland and in Northern Ireland and bring the casino to your venue.  No licence is needed as no gambling takes place.

Day at the races

Not your traditional stag do, but great fun nevertheless.  A day at the races offers the opportunity for the stags to dress up, enjoy some drinks, place a bet or two and potentially win some cash amid a brilliant atmosphere.  And, if you’re based in Ireland, there are no less than 26 racecourses and 360 race meetings a year to choose from.

If a weekend in Dublin is on the cards, consider visiting the Guinness Storehouse.  Stags can pull their own pint at the Guinness Academy, sample Ireland’s most iconic beer and enjoy three hundred-and-sixty-degree views across Dublin from the Gravity Bar.  There’s also a restaurant with an open kitchen where you can watch your food being prepared.

Hiring a caricature artist is not a cheap option, but it will deliver fabulous entertainment

and provide the groom and his mates with a unique memento of the stag do.  Dependent on where you’re holding the celebration, a professional caricaturist will often be happy to display digital caricatures on a large screen, as well as emailing them to individuals on the spot.   Artists will usually offer digital or pen and paper drawings according to your preference.  And, if you’re based in Ireland, you can book a caricaturist directly through our web site: https://partywizz.com/search/private-parties

If you’re looking for something a little different, you might want to consider laser tag.  There’s great fun to be had ‘shooting’ the groom and stags to set their vibrating vests off, alerting them to the fact that they’ve been hit.  As it’s a game of tactics rather than brawn, the stags don’t need to be super fit, making this a good choice if the groom’s dad or other older relatives are attending.

A great idea for food and entertainment in one.  There are several venues across the UK and Ireland that host such banquets.  While the entertainment varies from place to place, you can expect serving wenches, jesters, medieval music and storytelling, often with optional fancy dress provided.  A photo booth and props are usually available too, ensuring you’ll have some great memories to look back on.

Dress the groom and/or stags

The groom should always stand out from the crowd, so provide him with something to appropriately embarrassing to wear:

It’s essential to drink responsibly; you can check out the HSE website for any specific questions. That being said, there are great games to be played with alcohol.

Often played at hen parties but works equally well at stag dos.  Before the party, ask the groom’s significant other a set of questions and keep the answers safe.

Giant Jenga is great fun, but it gets even better when alcohol and forfeits are involved!  You can purchase ready-made forfeit Jenga sets, but it’s much more fun to customise blank blocks.

While some of the blocks can have alcohol related forfeits (eg everyone wearing glasses must take a drink, youngest stag takes a drink etc) it’s best to mix them with plenty of non-alcohol related tasks too.

The best man takes on the role of quizmaster, while the stags divide themselves into two equal teams.  Make sure the questions aren’t too easy as you’ll want each player to have two or three turns at answering – a process which gets steadily more difficult depending on the number of drinks a player has had between turns.

Bell, buzzer or whistle etc (provide a different noise maker for each team)

Whatever you’re hoping to do for the stag party, we hope this article has helped and inspired you to plan an awesome celebration that the groom and his mates will remember for years to come.

Finally, don’t forget that it falls to the best man to ensure the groom turns up on time, and in one piece, on his wedding day!  For which reason, it’s a good idea to hold the stag do at least a week before the wedding weekend.

At PartyWizz, we specialise in providing entertainers and suppliers such as magicians, photographers, videographers, musicians and more. We pride ourselves in only working with the best in the business.

Tips for hiring the best DJ

Tips For Hiring a Magician