Get to know Oisin Foley 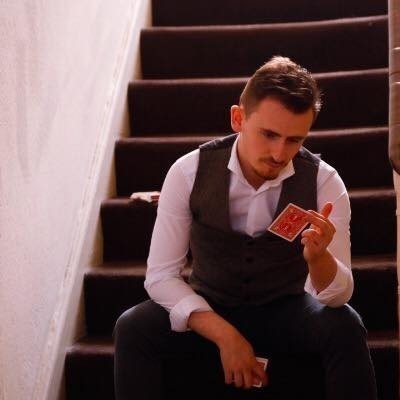 Oisin Foley is one of Ireland’s best-known magicians and mentalists.

We asked Oisin to tell us about how he got into the art and how he is adapting to the restrictions of the changing world around us.

Get to know Oisin

Tell us a little about your background?

I’m from the lovely town of Athlone in the heart of Ireland, although I recently moved to Dublin.  I studied law, English and Psychology at uni, the latter becoming extremely useful for the magic I would later start learning.

There are 3 things that really helped shape my interest in magic.  Firstly, I grew up in the era of Harry Potter which was a huge inspiration.  Then, like many magicians, I was given a magic set as a kid.  And last, but not least, I had an older brother who used to make me play poker with him.  Rather than see him win every time, I realised that by learning a few secret card moves I could appear more of a match!

So you are a mentalist and also a magician – how do you define the difference?

I don’t see a huge difference between the two.  Mentalism uses magic tricks but then adds psychology and suggestion techniques to make the tricks appear more real.  I always say that mentalism is the magic of people.

So you don’t claim that what you do is paranormal?

No, I simply claim that I use a mixture of statistics, magic tricks, misdirection, story-telling and showmanship to give the impression that I have paranormal ability.  Some performers choose to claim paranormal ability but I think they are treading on very thin ice.

Do people react differently to you in social situations when they know you are a mind reader?!

People are sometimes a little bit wary but often simply fascinated.  But once they get to know me they tend to relax!

How did you come to be a professional entertainer?

I actually started out as an extra and actor for various TV series.  When I was in Fair City, the producers saw me doing a few tricks off-camera, and then they asked me if I would do some tricks in the background during one of the episodes.  I did, it was well-received, and it gave me the idea that magic could be an interesting career move.

Do you remember your first show?

Yes, within 3 weeks of the Fair City experience, I was doing my first paid show.  It was a children’s birthday party and it went down really well – much better than I expected!

Who are your biggest inspirations?

Dave Allen would be my greatest inspiration as an entertainer.  Then in terms of magicians it would be Derren Brown and our own Keith Barry.  From a practical perspective, it was magician Pat Fallon who taught me so much; he was my first real advisor in the magic world.

What makes a great magician/mind reader?

You have to be genuinely interested in your audience.  Magic is as much about the audience’s reaction as the tricks themselves.  Focusing on your audience makes the experience much more personal and engaging.

They are actually much more similar than you might think.  Of course, the tricks you do might be more sophisticated for adults – but ultimately both need to be entertained.

Who are easier to fool, kids or adults?

How has Covid 19 affected your business and how are you adapting to the ‘new normal’?

At first, the effect on my business was crippling.  But then as I realised that the restrictions were here to stay with us for a while, I started working on virtual shows that I could do on Zoom.  And I continued to keep in touch with my customers to let them know that they can still hire me, albeit in a different way.

Why do you enjoy doing what you do?

I just love entertaining people and making them laugh.  There is nothing that gives me more pleasure than seeing kids howl with laughter when I hit myself ‘accidentally’ in the head with an inflatable magic wand!

Tell us a bit about your virtual shows.

For kids and family occasions, I have created a show that is as fun and interactive as you can get.  For corporate and private adult audiences, I’ve produced a show that is the most fascinating 45 minutes an audience will ever have. It’s a mix of some of the favourite parts of my regular show with a whole load of new material created especially for a virtual audience.  For anyone considering a show, I offer a 5-minute taster on Zoom to see what to expect. Contact me through PartyWizz.

I’ve also created a Halloween-themed public show which I will be performing this weekend online.

Can you give us your top tip for hosting Zoom parties?

Treat it like a real event; it requires the same focus…Your guests will forget the colour of the flowers but they won’t forget how you make them feel.  Similarly, with an online event, it’s all about how to make it fun and interactive.

Tell us something we wouldn’t know about you.

I play the piano, guitar, drums and ukulele!

It’s the simplest and most direct way to organise parties, both as a party organiser and as an entertainer on the platform.

To learn more about Oisin, and how you can book him for your next in-person or virtual event, take a look at his entertainer profile page or his kid’s specific page. 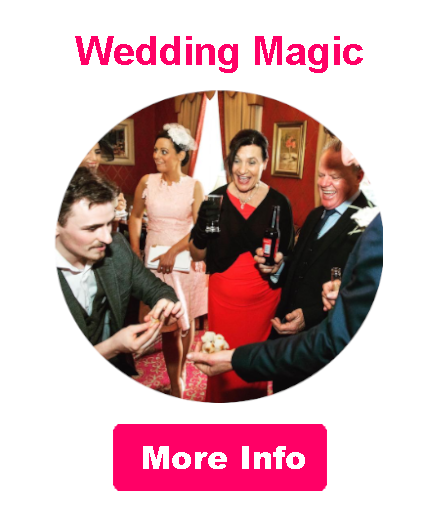 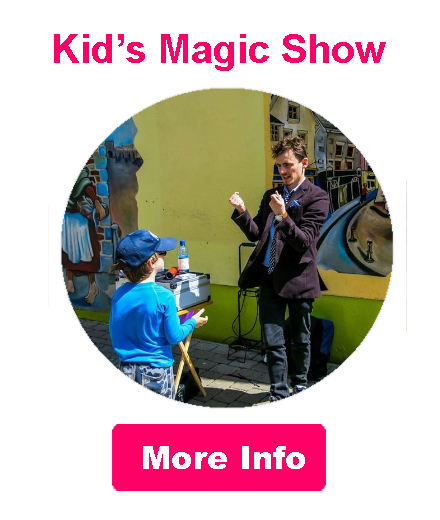 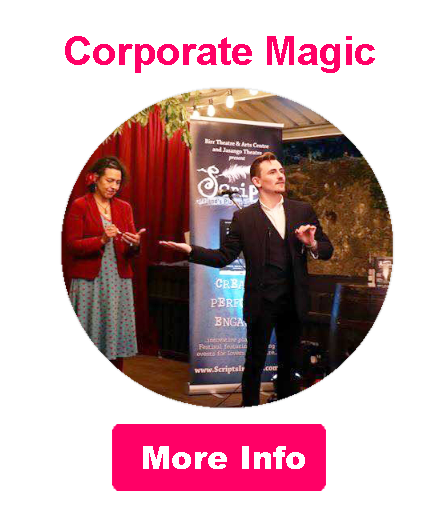 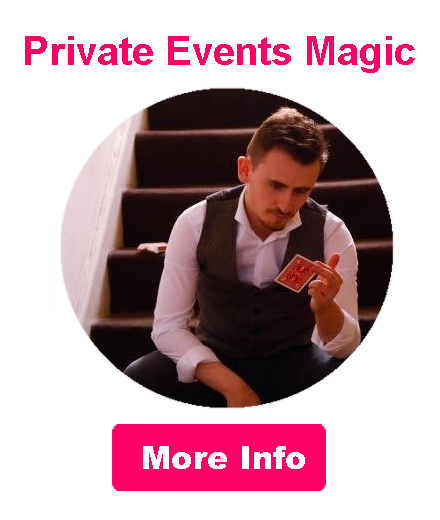 Get to know magician Jack Wise

Get to know Niall O’Loughlin