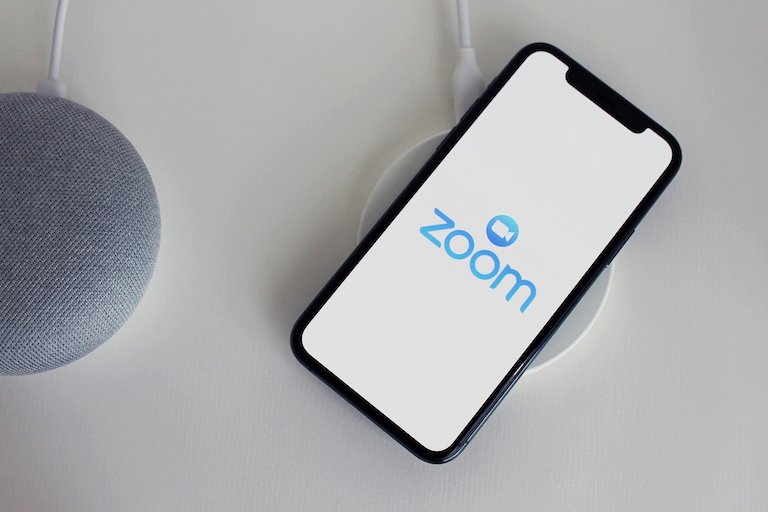 “The Key to success is often the ability to adapt” — Confucius

“Patience is the companion of wisdom” — St. Augustine

The current epidemic has polarised businesses into those that have suffered hugely and those who have done better than ever.

Multiple high street brands have gone into administration in recent months including Debenhams, Laura Ashley and Victoria Secret to name but a few.  Travel and hospitality companies cling on for their lives.

However, the winners in this game have not just been those businesses who are naturally well placed to thrive in the current environment, it is also those who have had the foresight to pivot.

Netflix, already reeling from hugely increased business, recently launched Netflix party, an app to allow all those binge-watching at home to do so while interacting with their friends.

Here in Ireland, Irish Distillers, makers of Paddy and Jameson Whiskey, is supplying alcohol-based hand sanitising gel to the HSE.

A new world for entertainment

Obviously with social distancing guidelines in place, entertainment has been one of the sectors that has been hardest hit.  But it’s also an area that can lend itself to a natural pivot.

Many types of entertainment can work well online, as long as the audience’s experience rather than just the content is a primary consideration.

Magic, comedy, music, themed characters, and caricatures are just some of the forms of entertainment that are being successfully adapted for the new medium.

In the next few weeks for example, everything from the Just for Laughs comedy festival to the Monterey Jazz festival is going online.

I did my first Zoom show recently and despite a little trepidation, the reaction was better than I expected.  I admit it was difficult to ‘feel the love’ at the time but later feedback from the booker, (together with video messages from the birthday kids describing their favourite bits of the show), confirmed that it had at least been well received.

Some of the best-known performers in Ireland and UK have had success with online shows.

Currently amongst magicians in Ireland, Keith Barry, Shane Black, Rua, and Carl Campbell are some of those offering virtual shows.  Shane Black has performed at over 12 online conferences in the last few months.

In fact, many of those initially sceptical about the merits of online live entertainment, often change their view once they have taken the plunge and actually tried it.

One of Ireland’s leading mentalists and magicians, Rua , says ‘Unless it’s done correctly, the experience of watching a Zoom show is like giving caffeine to a cocaine addict – it just doesn’t hit.  However. if you spend time structuring the show and practicing first to friends and family it can really pay off.  The exciting thing is that because Zoom magic shows are still in their infancy, you have a blank slate; you can create and present them in any way you like.’

In Scotland, children’s entertainer Magic Gareth says that he has never been busier.  A review of his show in the Scotsman says that he has already performed over 300 online shows. He has a well-honed system whereby he books in one performance straight after the other using a semi-permanent set-up.  This is a very efficient way to perform, and despite the smaller fee of a Zoom show compared to a physical one, he can continue to earn from his craft.

Leading caricaturist Niall O’Loughlin posted in July that he was so busy with virtual shows and small weddings he could not take further work and commissions until September.

It is perhaps worth briefly mentioning some of the positive aspects of an online show.

Firstly, your addressable audience is much wider than for a face-to-face show.  Language may in fact be the only possible barrier to a truly global audience.

Another benefit is that you don’t have to spend hours in the car getting to venues.  That time can be spend doing considerably more gigs and there is no fear of being late due to traffic.

In some ways the viewing experience can actually be heightened for spectators.  The show can still be engaging and interactive.  And they can see everything close-up, even closer than the front row of a theatre (or stadium if that’s your normal venue!)

Furthermore, it keeps you top of mind during the path back to normality and also says something about your attitude to your customers: ‘Here is someone who embraces change’.

Obviously, there are those with certain skills that are less easily adaptable to an online environment such as face painting or balloon modelling.  These types of artform may require a bigger change in direction.

There are also many natural objections to online entertainment from an entertainer’s perspective:  Some are scared of the technology.  Some fear an online show won’t give them the same buzz.  Others feel the market rates for a zoom show have been set very low and so the effort involved is not worth the reward. And others are optimistic enough to wait until things get back to ‘normal’ rather than spend the time and energy to adapt.

Co-creator of Video Chat Magic, Steve Thompson says that one of the main concerns that goes through an entertainer’s mind is ‘Do I have the ability to do a really good online show? I can invest lots of time, energy and resources into putting a show together but will it be any good and will anyone want to pay for it?’

He goes on to explain that ‘most people have never seen a Zoom show, and fewer still have seen a really good one.  So they don’t know if it’s even possible to get the same level of engagement, entertainment value and fun from an online show as a regular show’.

Uncertainty is a killer.  Here in Ireland the government has just laid out a 5-stage system from 1 to 5, with 5 effectively being a total lockdown.  We have no idea when we will move from one stage to the other as it is impossible to predict the course of the virus.  More uncertainty leads to less people inclined to plan ahead and this is true both in terms of entertainers and also those who are looking to book us.

But what we do know is that even the lowest category, level 1, mandates that no more than 10 people from a maximum of 3 households can visit a private house at any one time.  This will therefore have a significant effect on private events, particularly kid’s parties which often tend to take place at home.

Level 3 which is in the middle of the categories, and, as I write, has just been introduced in Dublin, could be effective at any time and dictates no indoor gatherings.  This affects both the private and corporate entertainment market, wiping out pretty much all events apart from weddings of just 25 people.

The government expects to be following this system for at least the next 6 months.  So, despite not being able to predict when and if the worst categories will be implemented, what we can safely say is that the live entertainment market is going to be affected for some time to come.

With this in mind it is interesting to see how the events industry is changing.   With restrictions preventing the congregation of large groups likely to continue, everything from political party conferences to the Web Summit is going online.

What were solely in-person events are now purely virtual, and they are often seeing even better returns and engagement with their audiences.

Apple’s WWDC conference for developers is expecting millions of attendees rather than the normal tens of thousands it would normally attract in person.

One of the things that many of the organisers seem to have top of mind, is how to ensure that delegates can have a fully immersive experience and interact, despite not being together in person.

Questions are invited through messaging systems, breakout groups are organised with like-minded delegates, entertainment segments are added, and one-on-one meetings can be arranged beforehand.

It invites the question as to how individual video chat performances can similarly exploit the medium to ensure they are fully interactive and engaging.

For many, both entertainers and customers, live shows will remain their preference.  However, for those willing to invest time and energy into an online offering, a sensible strategy to adopt might be one of flexibility.

So, where physical shows can be performed, embrace them.  (see our article on social distancing advice).  But where they can’t, perhaps be ready to offer a virtual show as an alternative.  This may help avoid outright cancellations.

No one would pretend that learning to create an online show that has all of the appeal of your normal show is going to be easy.

It’s taken years to perfect your art in the physical world. Performing online is a new skill and new content often has to be created which might take months to develop.

At the same time the technology is evolving along with the thinking of how best to exploit that technology to create maximum entertainment value.

Therefore, succeeding in the virtual world might call for an open mind and a lot of hard work.

Ultimately, no one knows how long the current situation will last.   So, will those waiting patiently for the resurgence of normality be rewarded, or does fortune favour the bold?

That’s all for now!

We hope you find these ideas and experiences useful.

If you have any questions or comments about the content, please get in touch!

At PartyWizz, we’re also adapting to this new environment. We’ve started providing virtual shows for all occasions. Learning as we go.

If you aren’t a PartyWizz member, you can learn about us on our website. We’re an end-to-end booking platform created ‘for entertainer by entertainers’.

Rua’s Tips for Creating and Delivering a Zoom show

The entertainer’s guide to using Zoom for a show

How to approach social distancing as kid’s entertainers?