Get to know Mr Balloonatic 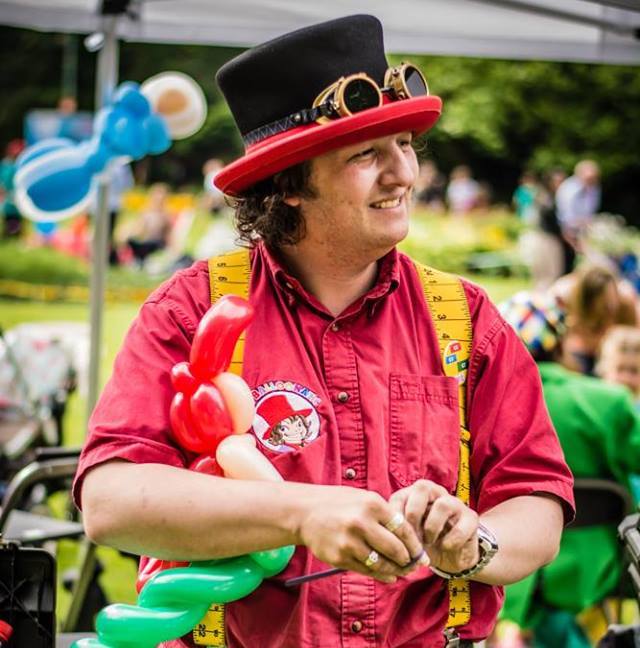 Get to know Mr Balloonatic

Mr Balloonatic, also known as Michael, is a PartyWizz entertainer and an international award-winning balloon artist! He has the reputation of being able to make anything out of balloons.

Memorably, he was once asked to make a troll on a motorbike jumping over 17 giraffes…Michael skillfully made the trolls on the motorbike and kindly told the kid it was feeding time at the zoo!

Although he says it’s difficult to be sure, he estimates he has used more than 2 million balloons in his career.

Mr Balloonatic loves his job as he is able to bring colour, imagination, entertainment, smiles and unique creations to events while at the same time reducing stress for parents and organisers.

A few creations from Mr Balloonatic:

We asked Mr Balloonatic a series of questions to answer off the top of his head. Here are some of his responses:

Favourite joke
What do vegetarians eat:
Vegetables
Ok… So what do humanitarians eat?

Why do you do what you do?
I love putting a simile on peoples’ faces

What was your best ever show?
Performing in the first ever street performer’s world championships.

What was your worst ever show?
Outdoor shows when it rains and no one wants to brave the elements for a balloon!

Something we wouldn’t know about you?
I collect Swatch watches

How did you get started making balloons?
I blame my parents; They gave me a balloon modelling kit for my 8th birthday. The rest is history.

Why do you like PartyWizz?
It makes everything easier and hassle-free.

To learn more about Mr Balloonatic, and how to book him for one of your events, take a look at his entertainer profile page.

Tips for Hiring a Great DJ

What is a magician? A peek behind the curtains